Relics of the Ancient Past in Akrotiri, Santorini 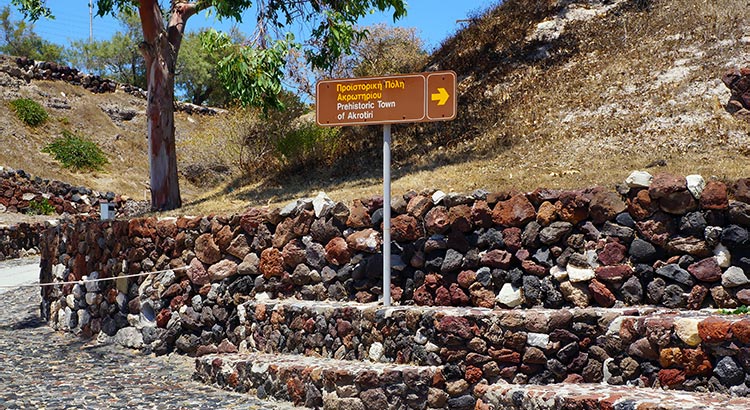 So much of the ancient past has been lost to time, whether destroyed in a disaster or simply worn away as the centuries pass. This was once the case with the city of Akrotiri, Santorini, buried under volcanic ash during a Minoan volcanic eruption. 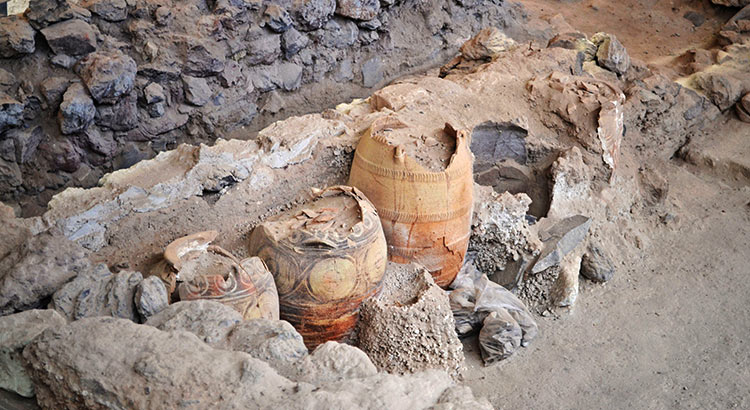 But thanks to the diligent work of passionate archaeologists, much of Akrotiri was excavated. Now, you can visit the excavated ruins of Akrotiri on your Santorini, Greece vacation and experience preserved pieces of the past as you’ve never seen it before.

The History of Akrotiri

Akrotiri is one of the oldest villages in Santorini, Greece. Some evidence dates it back to prehistoric times. In its early days, it was a fishing and farming village, but as time went on, it became a center for trade. It was a main outpost along the commonly used trading routes for copper trade, and with this prosperous position, it became quite a cultural and commercial hub.

Streets were paved, an elaborate drainage system was installed, and art became more celebrated through Akrotiri, all things that would have been considered signs of fortune at the time. The architecture was also elaborate and modern compared to Akrotiri’s neighbors. It is often believed that Santorini, Greece, but especially Akrotiri was the inspiration for Plato’s Atlantis.

It was at the height of this success and prosperity that the volcanic eruption of Thera occurred in the 17th century BC. The disaster destroyed the city, burying it in volcanic ash as famously happened to the island of Pompeii. Unlike Pompeii, however, Akrotiri seems to have been evacuated before the worst occurred. For over three millennia, the remains of ancient Akrotiri, Santorini were left untouched until it was excavated by archaeologists in 1967. 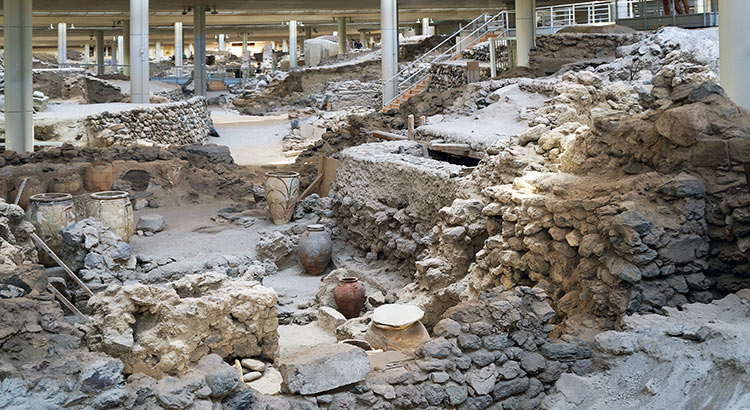 Ironically, it’s because of this tragedy that so much of Akrotiri, including pottery and other artwork, was so well-preserved. The site was closed for several years while archaeologists carefully worked, but today it’s open to visitors on their Santorini, Greece vacation.

Here, you can see for yourself the multi-storeyed buildings, colorful frescoes, and even a traditional windmill. About forty buildings have been excavated, and archaeologists estimate that’s only about a third of the city. They’re working to excavate the rest, but it could take some time — maybe even another century.

Of course, it’s not all ancient ruins. There’s a residential part of Akrotiri, Santorini, too, where farmers and other residents go about their work. 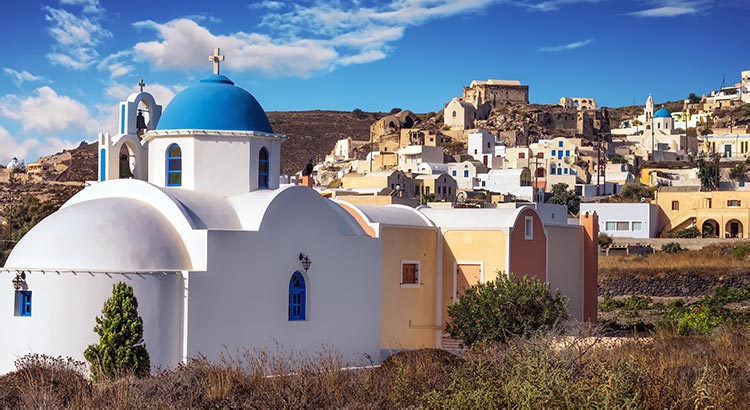 It’s largely unaffected by tourists, so it’s quiet and friendly, but there are also a few restaurants and cafes where you can stop before or after visiting the ruins. There are also some lovely churches in Akrotiri, and a stately lighthouse built in 1892.

How to Get to Akrotiri

Akrotiri, Santorini is further out from the cultural hubs of Santorini, Greece. However, it’s still a good idea to stay at Oia Santorini hotels or somewhere with a larger tourist population because there will be better accessibility to public transportation. You can reach Akrotiri by bus either from Fira or Oia, Santorini. The archaeological site costs 5 euros to enter.

If you’re looking for a hotel in Oia, Santorini, consider Strogili Traditional Apartments. Strogili is perfectly located to overlook the Santorini, Greece caldera, and it’s near several shops and restaurants as well as the bus stop. At the end of a day of exploring, you can relax in one of our various apartments and studios or visit the swimming pool during the summer months. Our complex is built in the traditional, whitewashed Cycladic style so you can be sure to get the full Greek holiday experience here.

Akrotiri, and the rest of Santorini, Greece is waiting for you. Book your Santorini accommodation with Oia hotels today and start planning your Cycladic vacation.

Enjoying Santorini’s beauty and Anafi’s awesomeness; all in a day!