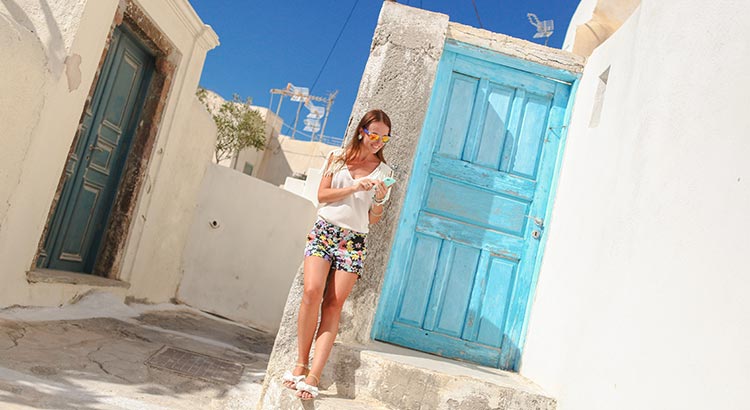 Some of the best villages in Santorini, Greece are the lesser known villages. While tourists may flock to Oia, Fira, Firostefani, or even Imerovigli, villages like Megalochori and Emporio still have gems to offer without quite so many crowds. To get the most of your Santorini vacation, be sure to stray from the beaten path and experience all of its vibrant, colorful villages. 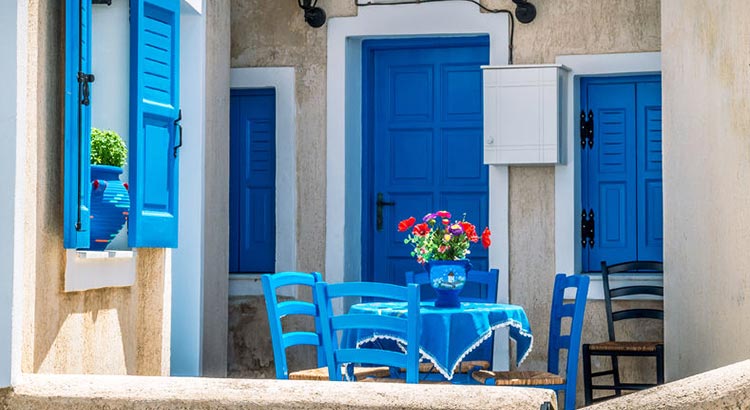 Megalochori is one of the most historic and beautiful villages in Santorini. Here you can find anything from old pirate hideaways dating back as far as the 17th century to stately mansions that have stood the test of time with high walls and sturdy wooden doors to guard the inner courtyards. The locals of Santorini island take special care to restore houses that have been long forgotten in Megalochori and preserve its rich history. But that’s not to say Megalochori is all history.

In the village square, you can find bustling life with a number of taverns and cafes. Megalochori is located in wine country, so you can expect a beautiful landscape and delicious wine to be found here. In fact, it’s in the outskirts of Megalochori where one can find the Hall of Fame renowned Boutari winery. 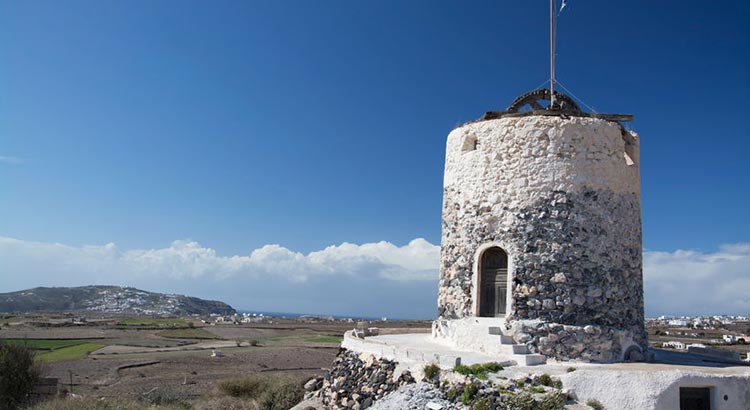 Emporio is the largest village in Santorini, Greece, and was once the trade hub of the island (thus the name Emporio, which means “trade”). Walking through the streets, you can see richly preserved medieval homes and classic blue-domed Cycladic churches. Emporio is characterized by a medieval fortress that has stood for six centuries.

This is Kasteli, and it’s one of only five castles in Santorini, with an imposing tower nearby to help defend it. At the top hill of Gavrilos, you can find ruins of a Byzantine civilization and eight 19th century windmills that still stand. When you’re done walking through the history of the village, there’s a lively market in the east portion of the village, as well as a path to Perissa beach.

These seaside villages are so alike and so interconnected that they are often lumped in as one village. Under the shadow of the Mesa Vouno, they create the longest stretch of organized beaches in Santorini, Greece. Both are popular beaches, but Perivolos is more commonly known for its active nightlife scene.

Perivolos is heralded as one of the most organized beaches on Santorini island and an excellent place to take part in water sports. Young visitors to Santorini, Greece flock to Perivolos for its frequent organized volleyball tournaments or parties with guest DJs after the sun goes down. 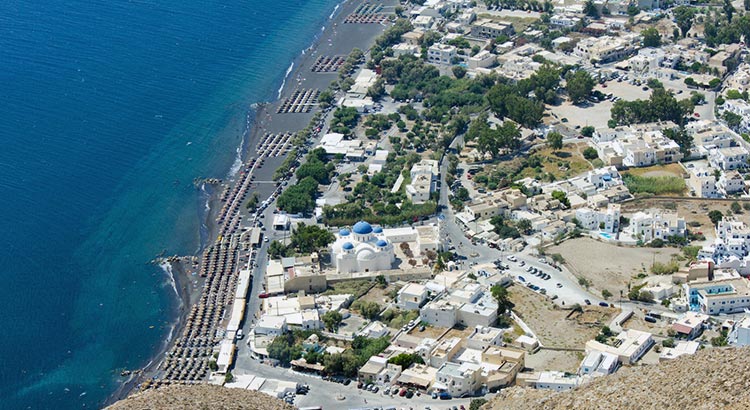 In Perissa, on the other hand, tourists can rent bicycles and ride up and down the southern part of the island to see the best of the sights. In fact with its beautiful dark sand beaches, close proximity to sites like Mesa Vouno and ancient Thira, and neat organization, Perissa is becoming a more and more popular tourist destination.

However, beaches aren’t all that can be found in Perissa and Perivolos. Perissa is home to a fascinating history, as archaeologists theorize that where Perissa now stands was once the ancient village of Elevsina. The Museum of Fossils & Minerals is located here, as well as Timiou Stavrou, the largest of the blue-domed churches on Santorini island.

Akrotiri is a popular archaeological site, and the main attraction here is undoubtedly the ruins of an ancient Minoan civilization. These ruins are carefully preserved so that tourists can wander through them, looking at the mud and brick structures that once made up the town and imagining what it might have been in ancient times.

The present village of Akrotiri is less frequently visited, partly because it is not easily accessible from the archaeological site. But if you make it into town, you can find charming family owned restaurants and the daily life of farmers and shopkeepers in Santorini, Greece. Akrotiri is also home to one of the most striking beaches on Santorini island, Red beach, so named for its deep red cliffs.

When visiting Santorini, you’ll want to stay in one of the many Oia Santorini hotels, given Oia’s cultural hub and convenient paths to most of the other villages.

And on the search for an Oia hotel, Strogili Traditional Houses is an excellent choice. It’s built in the traditional Cycladic style with apartments and studios that overlook the deep blue Aegean Sea. From Oia Santorini, you can take a bus, train, or taxi in order to travel to all of the other wonderful villages that Santorini, Greece has to offer.

Exploring the Volcano and Hot Springs of Santorini, Greece

Relics of the Ancient Past in Akrotiri, Santorini

The Beautiful Beaches of Santorini

A Priceless Day Trip to Thirassia